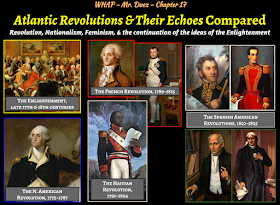 Duez Notes - CH 17 - The Art of the French Revolution 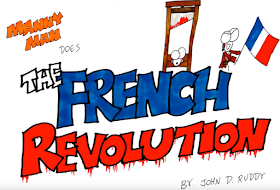 French Revolution in 9 Minutes by RudtheSpud 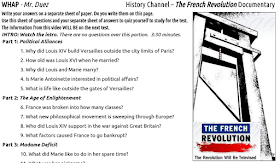 Crash Course: The Seven Years War
In which John teaches you about the Seven Years War, which may have lasted 9 years. Or as many as 23. It was a very confusing was. The Seven Years War was a global war, fought on 5 continents, which is kind of a lot. John focuses on the war as it happened in the Americas, Asia, and Africa. The "great" European powers were the primary combatants, but they fought just about everywhere. Of course, this being a history course, the outcomes of this war still resonate in our lives today. The Seven Years war determined the direction of the British Empire, and led pretty directly to the subject of Episode 28, the American Revolution.

Crash Course US: 7 Years War
This takes place in Western PA and in what became Pittsburgh - the area that Mr. Duez lived while he was in school. 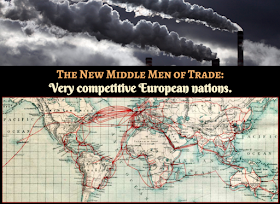 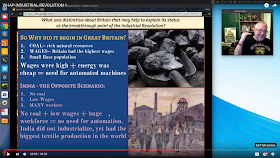 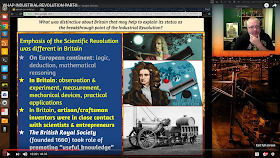 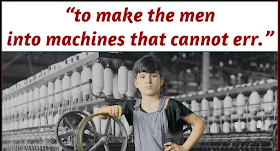 Crash Course World History Industrial Revolution
In which John Green wraps up revolutions month with what is arguably the most revolutionary of modern revolutions, the Industrial Revolution. While very few leaders were beheaded in the course of this one, it changed the lives of more people more dramatically than any of the political revolutions we've discussed. So, why did the Industrial Revolution happen around 1750 in the United Kingdom? Coal. Easily accessible coal, it turns out. All this, plus you'll finally learn the difference between James Watt and Thomas Newcomen, and will never again be caught telling people that your blender has a 900 Newcomen motor.

Crash Course WH 2: Railroads & I.R.
In which John Green teaches you about railroads, and some of the ways they changed the world, and how they were a sort of microcosm for the Industrial Revolution as a whole. Prior to the invention of steam powered railroads, pretty much all locomotion had been muscle-powered. You either walked where you wanted to go, or rode on an animal to get where you were going. The railroad changed human perception of time and space, making long distance travel much faster and easier. Railroads also changed habits, including increasing reading. People needed some sort of distraction to ensure they didn't have to talk to other people on the train. Like any new technology, railroads also scared people. All kinds of fears surrounded rail travel, but over time, people got over them. And the quality of boiler manufacturing improved, so the trains exploded less often, which also made people feel safer.

Crash Course World History Capitalism & Socialism
In which John Green teaches you about capitalism and socialism in a way that is sure to please commenters from both sides of the debate. Learn how capitalism arose from the industrial revolution, and then gave rise to socialism. Learn about how we got from the British East India Company to iPhones and consumer culture in just a couple of hundred years. Stops along the way include the rise of industrial capitalism, mass production, disgruntled workers, Karl Marx, and the Socialist Beard. The socialist reactions to the ills of capitalism are covered as well, and John discusses some of the ideas of Karl Marx, and how they've been implemented or ignored in various socialist states. Plus, there are robots!

Crash Course World History 2: Money & Debt
In which John Green teaches about filthy, filthy lucre. Money. And Debt. So, what is money? And what is it for? And why do we use money? And why does it all disappear so quickly after payday? John will look into 75% of these questions, and if he doesn't come up with answers, we'll get into some interesting ideas along the way, at least. This week we'll investigate whether money displaces barter, then leads to war, slavery, and what we think of as civilized social orders. We'll also see what old Adam Smith thinks of big money, no whammies, this week on Crash Course.