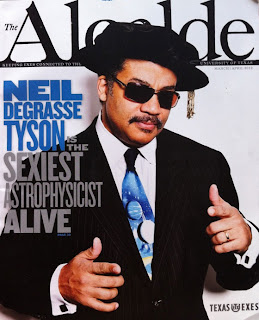 LEARNING TARGETS:
Chapter 19 Targets:
• To make students aware of the refocusing of racism in the nineteenth-century West
• To examine the effects of Western dominance on the empires of Asia
• To explore the reasons behind the collapse of the Chinese and Ottoman empires
• To investigate the reasons for Japan’s rise to its position as an industrial superpower and to compare Japan’s experience with that of China

Chapter 20 Essential Questions:
1. Why were Asian and African societies incorporated into European colonial empires later than those of the Americas? How would you compare their colonial experiences?
2. In what ways did colonial rule rest upon violence and coercion, and in what ways did it elicit voluntary cooperation or generate benefits for some people?
3. Was colonial rule a transforming, even a revolutionary, experience, or did it serve to freeze or preserve existing social and economic patterns? What evidence can you find to support both sides of this argument?
4. Why might subject people choose to cooperate with the colonial regime? What might prompt them to rebel or resist?
5. How did the power of colonial states transform the economic lives of colonial subjects?
6. How did cash-crop agriculture transform the lives of colonized peoples?
7. How were the lives of African women altered by colonial economies?
8. What impact did Western education have on colonial societies?
9. What were the attractions of Christianity within some colonial societies?
10. How and why did Hinduism emerge as a distinct religious tradition during the colonial era in India?
AGENDA:
1. Prep for Quiz Ch 19.
2. DO NOW after the quiz: In what ways did the Industrial Revolution shape the character of nineteenth-century European imperialism?
3. Notes, Video, Discussion: Introduction to Chapter 19 and 20.
----------
Wednesday, February 20, 2013 & Thursday, February 21, 2013
Quote: “Equipped with his five senses, man explores the universe around him and calls the adventure Science.” ― Edwin Hubble

Agenda:
1. Do Now Question: What lay behind the decline of the Ottoman Empire in the nineteenth century?
2. Notes, Video, Discussion: The Opium War, Commodore Perry "Invades" Japan, Stanley Explores Africa's Congo & King Leopold Capitalizes - The Scramble for Africa.
3. Presentation Prep: Students will work in their groups to prepare next week's student led presentations over Chapter 19 and 20.
----------
Friday, February 22, 2013
Quote: “In wisdom gathered over time I have found that every experience is a form of exploration.” ― Ansel Adams

Agenda:
1. Do Now Question: How did the power of colonial states transform the economic lives of colonial subjects?
2. Notes, Video, Discussion: British India, Christianity in the East, Hinduism adoption.
3. Presentation Prep: Students will work in their groups to prepare next week's student led presentations over Chapter 19 and 20.

Next Week:
On Monday - Quiz for Chapter 20.
Then we will begin presentations starting with Europeans.
Test over CH. 19 and 20 is next Friday.
on Sunday, February 17, 2013