Chapter 20 Essential Questions:
1. Why were Asian and African societies incorporated into European colonial empires later than those of the Americas? How would you compare their colonial experiences?
2. In what ways did colonial rule rest upon violence and coercion, and in what ways did it elicit voluntary cooperation or generate benefits for some people?
3. Was colonial rule a transforming, even a revolutionary, experience, or did it serve to freeze or preserve existing social and economic patterns? What evidence can you find to support both sides of this argument?
4. Why might subject people choose to cooperate with the colonial regime? What might prompt them to rebel or resist?
5. How did the power of colonial states transform the economic lives of colonial subjects?
6. How did cash-crop agriculture transform the lives of colonized peoples?
7. How were the lives of African women altered by colonial economies?
8. What impact did Western education have on colonial societies?
9. What were the attractions of Christianity within some colonial societies?
10. How and why did Hinduism emerge as a distinct religious tradition during the colonial era in India?
-----------------------------------------
Monday, February 25, 2013 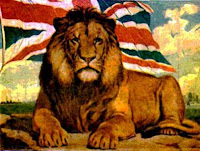 Quote: "Be who you are and say what you feel because those who mind don't matter and those who matter don't mind." - Dr. Seuss