The War of the World, Episode 1: Clash of Empires 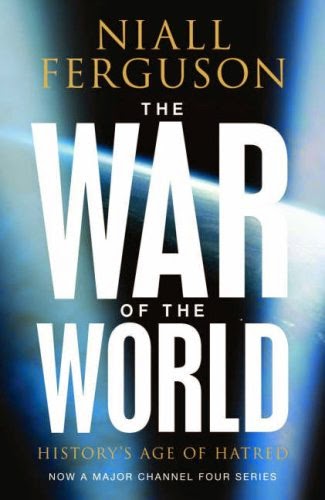 VIDEO: The War of the World, Episode 1: Clash of Empires

Questions to answer while viewing the video

The series considers the unparalleled stretch of violence as a single, unrelenting “war of the world” that began with Japan’s invasion of Russia in 1904 and continued through the Korean War all the way to an ongoing “Third World’s War.”

Episode one, The Clash of Empires, posits that economic volatility, ethnic conflict and empires in crisis combined to spawn the 20th century’s bloodiest conflicts, leading to the rise of the brutal regimes of Germany, Japan and Russia, the “age of genocide” and a preoccupation with racial purity.


The houses caved in as they dissolved at its touch, and darted out flames; the trees changed to fire with a roar . . . So you understand the roaring wave of fear that swept through the greatest city in the world just as Monday was dawning - the stream of flight rising swiftly to a torrent, lashing in a foaming tumult round the railway stations . . . Did they dream they might exterminate us?

H. G. Wells, The War of the Worlds


When I was a schoolboy, the history textbooks offered a variety of explanations for twentieth-century violence.

Sometimes they related it to economic crisis, as if depressions and recessions could explain political conflict. A favourite device was to relate the rise of unemployment in Weimar Germany to the rise of the Nazi vote and Adolf Hitler's 'seizure' of power, which in turn was supposed to explain the Second World War. But, I came to wonder, might not rapid economic growth sometimes have been just as destabilizing as economic crisis? Then there was the theory that the century was all about class conflict - that revolutions were one of the main causes of violence. But were not ethnic divisions actually more important than the supposed struggle between proletariat and bourgeoisie?

Another argument was that the twentieth century's problems were the consequences of extreme versions of political ideologies, notably communism (extreme socialism) and fascism (extreme nationalism), as well as earlier evil 'isms', notably imperialism. But what about the role of traditional systems like religions, or of other apparently non-political ideas and assumptions that nevertheless had violent implications?

And just who was fighting the twentieth century's wars? In the books I read as a boy, the leading roles were always played by nation states: Britain, Germany, France, Russia, the United States and so on. But was it not the case that some or all of these polities were in some measure multinational rather than national - were, indeed, empires rather than states?

Above all, the old history books told the story of the twentieth century as a kind of protracted, painful but ultimately pleasing triumph of the West. The heroes (Western democracies) were confronted by a succession of villains (the Germans, the Japanese, the Russians) but ultimately good always triumphed over evil. The world wars and the Cold War were thus morality plays on a global stage. But were they? And did the West really win the hundred years war that was the twentieth century?