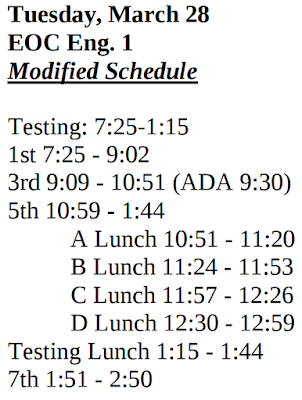 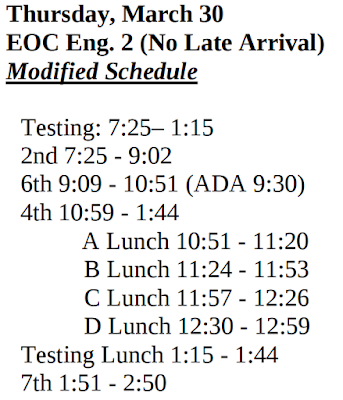 Basically, all classes will meet on Monday, Wednesday, & Friday.

7th Period: All 5 days. But mostly regular periods, without a 90 minute block day at all.

1st Period: Mon-Wed-Fri for regular periods, plus Wednesday for a 90 minute period.

4th Period: Mon-Wed-Fri only, on Thursday 4th will be EOC testing, so they will miss that additional 90 minute period.
-------------------------------------
Learning Targets:
•  To examine the history of Europe between 1914 and the 1970s as an organic whole made up of closely interconnected parts
•  To consider the repercussions of nationalism and colonialism in Europe and Japan
•  To increase student awareness of the effects of the two world wars
•  To help students imagine the appeal of totalitarian movements in the twentieth century

Margin Review Questions
1.   What aspects of Europe’s nineteenth-century history contributed to the First World War?
2.   In what ways did World War I mark new departures in the history of the twentieth century?
3.   In what ways was the Great Depression a global phenomenon?
4.   In what ways did fascism challenge the ideas and practices of European liberalism and democracy?
5.   What was distinctive about the German expression of fascism? What was the basis of popular support for the Nazis?
6.   How did Japan’s experience during the 1920s and 1930s resemble that of Germany, and how did it differ?
7.   In what way were the origins of World War II in Asia and in Europe similar to each other? How were they different?
8.   How did World War II differ from World War I?
9.   How was Europe able to recover from the devastation of war?
-------------------------------------
Monday, March 28, 2016
Quote: "At the root of this dilemma is the way we view mental health in this country. Whether an illness affects your heart, your leg or your brain, it's still an illness, and there should be no distinction." - Michelle Obama

Agenda:
1. DO NOW: What explains the changes illustrated in the table? 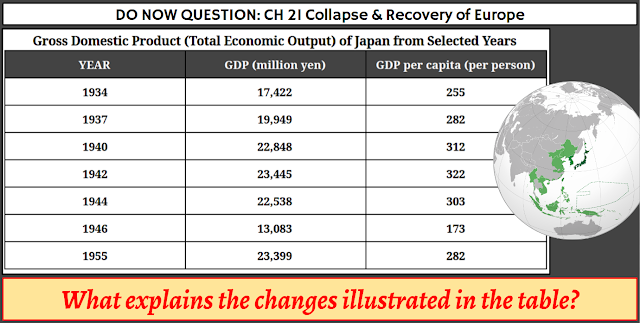 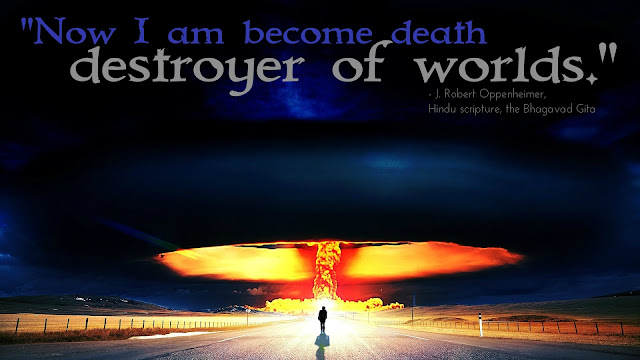 Tuesday, March 29, 2016
Quote: “It is an odd paradox that a society, which can now speak openly and unabashedly about topics that were once unspeakable, still remain largely silent when it comes to mental illness.” - Glenn Close

Agenda:
1. DO NOW QUESTION: Answer the short answer question below: 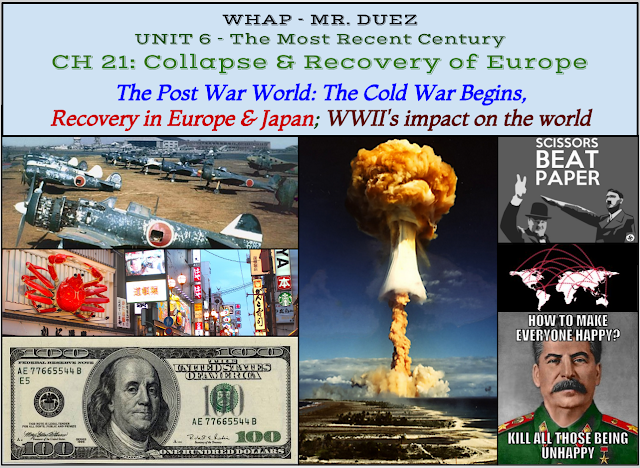 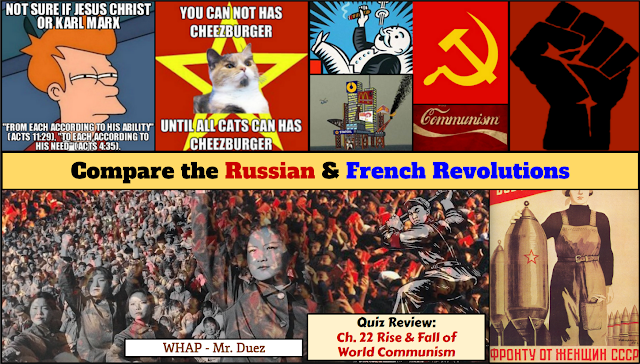 Agenda:
1. DO NOW QUESTION: Pick up Questions for the documentary: Ice Box

2. Documentary Study: The War of the World, Episode 5: Ice Box
Questions for the documentary: Ice Box
How did the cold war affect countries emerging from colonial rule in the second half of the twentieth century? 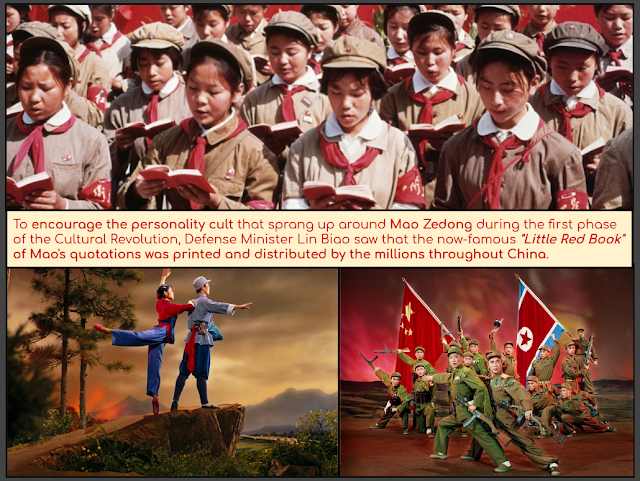 Agenda:
1. DO NOW QUESTION: Prep Pearl Harbor Article to turn in at the beginning of class.