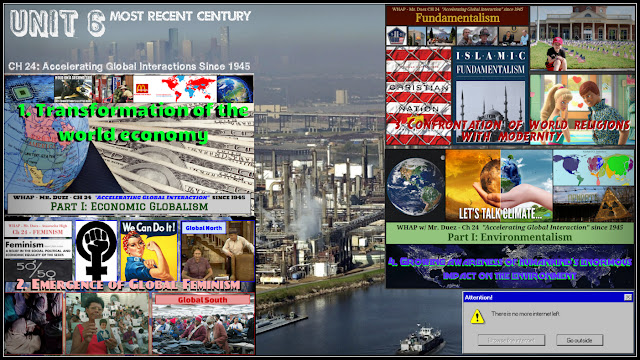 PART SIX THE MOST RECENT CENTURY 1914–2010
CHAPTER 24 Accelerating Global Interaction, Since 1945
• To consider the steps since 1945 that have increasingly made human populations into a single “world” rather than citizens
• To explore the factors that make it possible to speak now of a true “world economy”
• To explore the debate about economic globalization
• To raise student awareness of global liberation movements, especially feminism, and their implications for human life
• To investigate the “fundamentalist” religious response to aspects of modernity
• To consider environmentalism as a matter that cannot help but be global because the stakes are so high for all humankind
• To step back and ponder the value of studying history


Quote: “I am not what happened to me, I am what I choose to become.” - Carl Jung 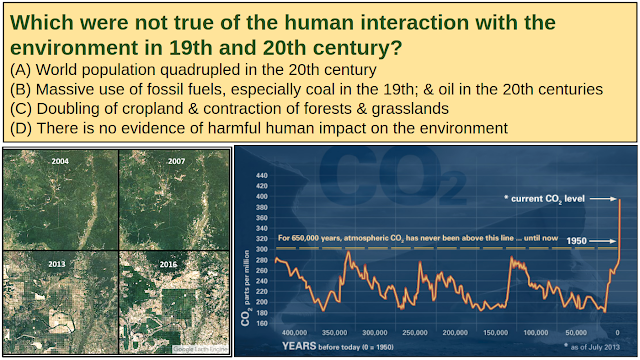 2. Notes, Video, Discussion: Environmentalism
Comparing the perspectives of accelerating connections in the Global North and Global South according to these factors:
Economic Globalization, Environmentalism, Feminism, Fundamentalism 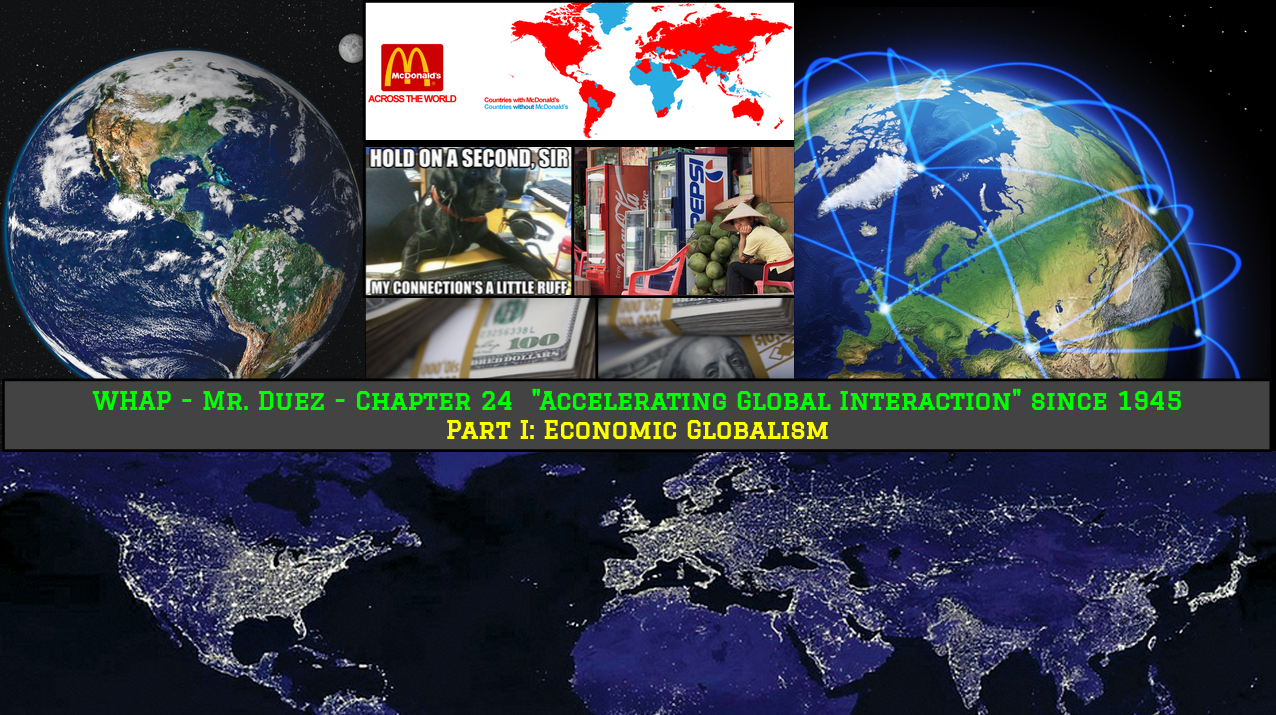 AGENDA:
1. DO NOW: Which areas of World History were the most challenging for you on the mock test?