• To explore the breakup of imperial systems in the twentieth century
• To consider, through the examples of India and South Africa, how the process of decolonization worked
• To examine the challenges that faced developing nations in the second half of the twentieth century
• To investigate the potential clash of tradition with modernity in the developing nations, especially considering the case of Islam in Turkey and Iran

Learning Targets CHAPTER 24 "Accelerating Global Interaction"
• To consider the steps since 1945 that have increasingly made human populations into a
single “world” rather than citizens of distinct nation-states
• To explore the factors that make it possible to speak now of a true “world economy”
• To explore the debate about economic globalization
• To raise student awareness of global liberation movements, especially feminism, and
their implications for human life
• To investigate the “fundamentalist” religious response to aspects of modernity
• To consider environmentalism as a matter that cannot help but be global because the
stakes are so high for all humankind
• To step back and ponder the value of studying history
==========================================

Tuesday, April 16, 2013
Quote: "For to be free is not merely to cast off one's chains, but to live in a way that respects and enhances the freedom of others." - Nelson Mandela

Agenda:
1. DO NOW QUESTION: Big Picture Question 1 - "In what ways did the colonial experience and the struggle for independence shape the agenda of developing countries in the second half of the twentieth century?"
2. Notes, Discussion, & Video:
Who was Gandhi? (Indian Independence Notes)

Trailer for the Movie Gandhi 5:09 Gandhi is a 1982 biographical film based on the life of Mahatma Gandhi, who led the nonviolent resistance movement against British colonial rule in India during the first half of the 20th century. The film was directed by Richard Attenborough and stars Ben Kingsley as Gandhi."
Video Clip 9:21: "In Search of Gandhi"
Gandhi, Mohandas K.: Usually referred to by his soubriquet “Mahatma” (Great Soul), Gandhi (1869–1948) was a political leader and the undoubted spiritual leader of the Indian drive for independence from . (pron. moh-HAHN-dahs GAHN-dee)
Why was Africa’s experience with political democracy so different from that of India?
Who is Nelson Mandela? (African Independence Notes)
Video Clip 8:23: "ESPY Awards 2009 Award for Courage: A short documentary for the ESPN Espy awards. This year the Arthur Ashe Award for Courage was presented to Nelson Mandela, and his work to unite his country through love of sport."
Mandela, Nelson: South African nationalist (b. 1918) and leader of the African National Congress who was imprisoned for twenty-seven years on charges of treason, sabotage, and conspiracy to overthrow the apartheid government of South Africa; he was elected president of South Africa in 1994, four years after he was finally released from prison. (pron. man-DEL-ah)
What accounts for the ups and downs of political democracy in post-colonial Africa? 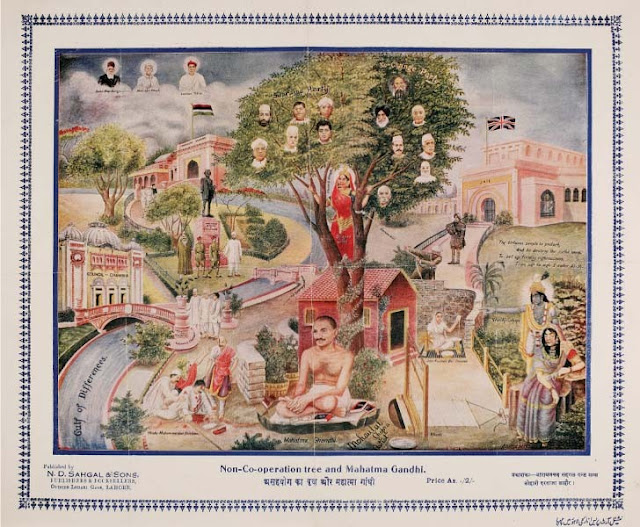