Advanced Placement World History with Mr. Duez
Unit 6: The Most Recent Century, 1900 - 2010
Chapter 22: The Rise and Fall of World Communism, 1917 - Present
Week at a Glance:
The Week of April 1st is a total train wreck of a schedule. Click here to view it: Week of April 1st Train Wreck of a Schedule.

Targets - Chapter 22 - "World Communism: Rise and Fall"
•  To examine the nature of the Russian and Chinese revolutions and how the differences between those revolutions affected the introduction of communist regimes in those countries 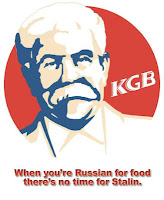 Essential Questions to Consider:
BIG PICTURE QUESTIONS
1.   What was the appeal of communism, in terms of both its promise and its achievements? To what extent did it fulfill that promise?
2.   Why did the communist experiment, which was committed to equality and a humane socialism, generate such oppressive, brutal, and totalitarian regimes?
3.   What is distinctive about twentieth-century communist industrialization and modernization compared to the same processes in the West a century earlier?
4.   What was the global significance of the cold war?
5.   “The end of communism was as revolutionary as its beginning.” Do you agree with this statement?
6.   In what different ways did the Soviet Union and China experience communism during the twentieth century?
MARGIN REVIEW QUESTIONS
1.   When and where did communism exercise influence during the twentieth century?
2.   Identify the major differences between the Russian and Chinese revolutions.
3.   Why were the Bolsheviks able to ride the Russian Revolution to power?
4.   What was the appeal of communism in China before 1949?
5.   What changes did communist regimes bring to the lives of women?
6.   How did the collectivization of agriculture differ between the USSR and China?
7.   What were the achievements of communist efforts at industrialization? What problems did these achievements generate?
8.   Why did communist regimes generate terror and violence on such a massive scale?
9.   In what different ways was the cold war expressed?
10.   In what ways did the United States play a global role after World War II?
11.   Describe the strengths and weaknesses of the communist world by the 1970s.
12.   What explains the rapid end of the communist era?
13.   How did the end of communism in the Soviet Union differ from communism’s demise in China? 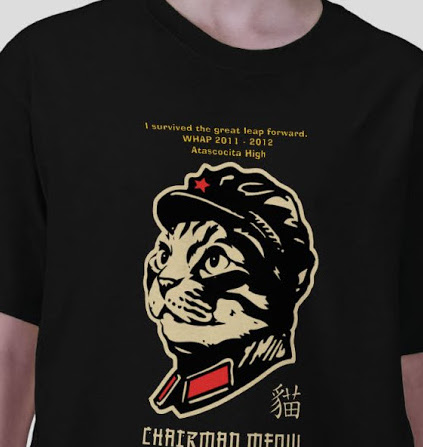 This agenda will run throughout the week. Some classes will complete more than others. Please check the website for changes; Mr. Duez will be posting notes specially designed to help those students who were not in class as much as others. The Quiz is next Monday for Chapter 22. The CCOT Essay will be written on Wed/Thu in class.

Agenda:
1. Do Now: Students will pick up the handout for video questions over Niall Ferguson's War of the World: Episode 5: Ice Box.
2. Video with Questions: Students will answer questions and discuss the video as it plays.

Niall Ferguson's LINK TO THE VIDEO: The War of the World, Episode 5: Ice Box:
During the Cold War, the Third World War actually took place. With the US and the Soviet Union unable to engage in battle with each other directly for fear of the nuclear consequences, Third World nations ended up serving as proxies for the superpowers, causing carnage to rival World War One.


3. Notes, Video, Discussion: What is the CCOT - Refresher. Students will write the Continuity and Change Over Time FRQ essay next week on Block Day. 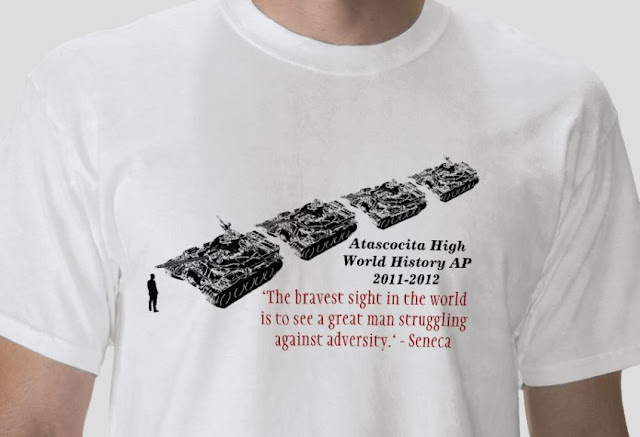 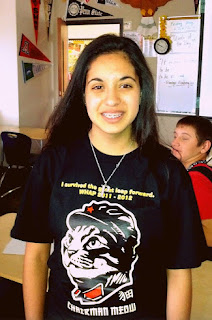 5. Video with Questions: Tank Man Documentary. Seventeen years later, veteran filmmaker Antony Thomas goes to China in search of "The Tank Man." Who was he? What was his fate? And what does he mean for a China that today has become a global economic powerhouse? Drawing on interviews with Chinese and Western eyewitnesses, Thomas recounts the amazing events of the spring of 1989, when a student protest that began in Tienanmen Square, the symbolic central space of the nation, spread throughout much of the rest of China.

Agenda:
1. Do Now:  Do Now Question -  Compare and contrast the course of the Russian and Chinese communist revolutions.
2. Notes, Discussion, Video: Important things to note for Chapter 22 World Communism.
Ch 22 World Communism - comparing USSR and China
Clips from Ferguson's War of the World - Episode 2 5:34 to 16:20 Russia's "Planned Economy" wasn't exactly what it seemed. Racial persecution was disguised as "class warfare." Stalin regarded certain ethnic groups as 'unreliable' and he had them deported, sent to work camps, or executed. 200,000 Koreans were 'removed' - just a small slice of the vast program of deportation. Early on after WWI it seemed in reality that Germany and Russia were really just two halves of a whole similar in theory on an outward appearance of "socialist theory" and an inward racially charged dictatorship.