Quote of the Day:  "There are only two things that concern them: Bread and Circuses."  - Roman Poet Juvenal

["Bread and Circuses" is a metaphor for handouts and petty amusements that politicians use to gain popular support, instead of gaining it through sound public policy. The phrase is invoked not only to criticize politicians, but also to criticize their populations for giving up their civic duty.] 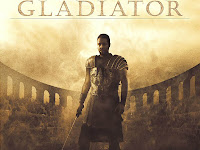 Agenda:
We will be doing document analysis today.
1. Do Now - Grab a copy of Strayer and read through the documents at the end of Chapter 4. Scan them and get an idea about what each is about. We will divide the class into groups to cover reading and analyzing the documents together. (10 Min)
2. Groups will be divided by the list that follows, students will read through the document and discuss. Use the questions in the text. Write notes and be prepared to present to the class at the end of the period. Choose 2 students to represent your group:

3. We will go through each group, students should page through the book and take notes during each presentation.


REMINDER: TEST IS FRIDAY. Mr. Duez will be here for Tutoring on Tuesday/Thursday after school.
on Monday, September 12, 2011