Quote of the Day: "A day spent without the sight or sound of beauty, the contemplation of mystery, or the search of truth or perfection is a poverty-stricken day; and a succession of such days is fatal to human life." - Lewis Mumford 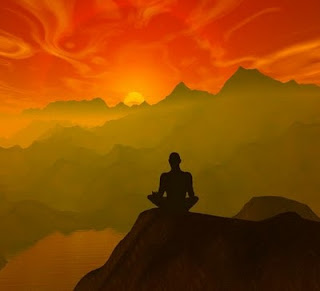 Learning Targets:
Agenda:
1. DO NOW: Scan the 5 documents at the end of Chapter 6. We will be doing a document study for the 1st half of the period today.


Document 6.1: A Male View of Chinese Women’s Lives
Q.What differences between the lives of women and men does the poem highlight?
Q.What is Fu Xuan’s own attitude toward the women he describes?
Q.In what ways does this portrayal of women’s lives reflect or contradict Confucian values? (See pp. 253–255 and Document 5.1, pp. 217–219.)
Document 6.2: A Chinese Woman’s Instructions to Her Daughters
Q.Why do you think Ban Zhou began her work in such a self-deprecating manner?
Q.In what ways does Lessons for Women reflect or contradict Confucian attitudes (see Document 5.1, pp. 217–219)? Why do you think The Analects itself seldom referred directly to women?
Q.How would Ban Zhou define an ideal woman? An ideal man? An ideal marriage?
Q.In what ways is she critical of existing attitudes and practices regarding women?
Q.How does she understand the purposes of education for boys and for girls?
Q.Does Lessons for Women support or undermine the view of women’s lives that appears in Fu Xuan’s poem?
Document 6.3: An Alternative to Patriarchy in India
Q.What kinds of women were attracted to Buddhist monastic life? What aspects of life as a bikkhuni appealed to them?
Q.What views of the world, of sensuality, and of human fulfillment are apparent in these poems?
Q.In what ways might these poems represent a criticism of Hindu patriarchy?
Q. What criticism of these women would you anticipate? How might advocates of Hindu patriarchy view the renunciation that these nuns practiced?
Q.How do these poems reflect core Buddhist teachings?
Document 6.4: Roman Women in Protest
Q. How did Roman women make their views known? Do you think the protesters represented all Roman women or those of a particular class?
Q.How might you summarize the arguments against repeal (Cato) and those favoring repeal (Lucius Valerius)? To what extent did the two men actually differ in their views of women?
Q.How might one of the Roman women involved in the protest have made her own case?
Q.What can we learn from Livy’s account about the social position of Roman women and the attitudes of Roman men?
Q.This document was written by a male historian and records the speeches of two other male officials. How might this affect the ability of historians to use it for understanding Roman women?

Visual Source 6.1: Terentius Neo and His Wife
Q.What do you think the artist is trying to convey by highlighting the literacy of both people?
Q.What overall impression of these two people and their relationship to each other does this painting suggest?
Visual Source 6.2: A Pompeii Banquet
Q.What signs of social status are evident in this painting?
Q.How are slaves, shown here in the foreground, portrayed?
Visual Source 6.3: Scenes in a Pompeii Tavern
Q.Why do you think a tavern owner might have such paintings in his place of business?
Q.What might we learn about tavern life from these images?
Q.What roles did women play in the tavern?
Q.What differences do you notice between these paintings and those depicting the lives of the upper classes?
Visual Source 6.4: A Domestic Shrine
Q.Why might such a shrine and the spirits it accommodated be more meaningful for many people than the state-approved cults?
Q.What significance might you find in the temple-like shape of the lararium?
Visual Source 6.5: Mystery Religions: The Cult of Dionysus
Q.What aspects of that process are visible in this image?
Q.How might you understand the role of whipping in the initiation process? How would you interpret the relationship of the initiate and the woman on whose lap she is resting her head?
Q.In what way is sexual union, symbolized by the rod, significant in the initiation?
Q.Why do you think Roman authorities took action against these mystery religions, even as they did against Christianity?
Q.What did the mystery cults of Isis or Dionysus provide that neither the state cults nor household gods might offer?


2. Divide the class into 5 groups. Each group will have 1 document. Read, discuss, and answer the questions that correspond with the document. 30 minutes
3. Class discussion about the documents. Compare Social Hierarchies in the Classical Era by comparing these documents.
2. PHILOSOPHICAL CHAIRS: Mr. Duez made a "command decision" to do a Philosophical Chairs debate instead of the document study today. Students will choose a side and debate it in class using our method of discussion. All students will write out their answer to the question and also hand in their answer, notes during debate, and final reflection at the end of the period.
QUESTION: Where would  you rather live: Athens or Sparta?
3. Review for the test on Friday. Terms, Targets, and questioning strategy.